By DailyNewsUG Foreign News Correspondent
[DAILYNEWS UG] Myanmar’s junta chief on Sunday said the military would not negotiate with “terrorist” opposition forces, vowing to annihilate them during a speech on Armed Forces Day, as opponents of last year’s coup vowed they would fight on.
The military, known as the Tatmadaw, celebrated with a parade of troops and weapons in the capital, Naypyidaw, for the second year since overthrowing the elected government of Nobel laureate Aung San Suu Kyi on February 1, 2021. 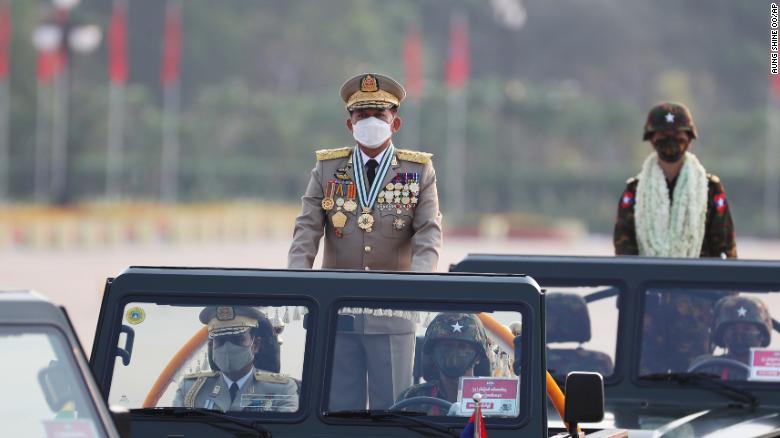 Anti-coup protesters came out on streets in Myanmar on Sunday morning carrying signs saying “uproot the fascist military.”
Junta leader Min Aung Hlaing in his speech rejected any talks with “terrorist” opposition. A five-point peace plan by the Association of Southeast Asian Nations calls for talks on all sides, but so far has seen little progress.
“I would like to say Tatmadaw will no longer take into account negotiation with the terrorist group and their supporters for killing innocent people … and will annihilate them into an end,” he said. 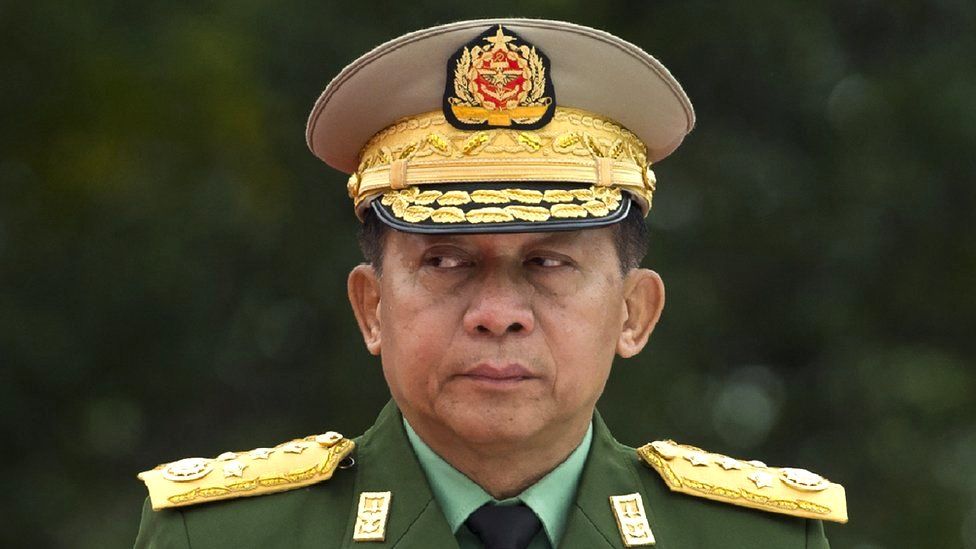 Myanmar’s coup leaders tried to crush resistance. But one year on, it’s stronger than ever.
The junta accuses opposition militants of killing civilians and security forces in its resistance campaign, while activists say the military has killed hundreds in crackdowns since the coup.
The shadow government of the ousted administration, the National Unity Government (NUG), said on Sunday that Myanmar people will rip out the military and its fascism root and stem.
“Together with the souls of our lost heroes, we will fight to the bitter end,” NUG spokesman Dr. Sasa said in a statement.
Myanmar has been plagued by violence since the military seized power, upending a decade of tentative democratic and economic reforms.
More than 1,700 people have been killed and almost 13,000 arrested, according to rights group Assistance Association for Political Prisoners (AAPP). Military authorities have said the AAPP figures are exaggerated.
The United Nations last week said the army was committing war crimes and crimes against humanity.
DailyNewsUG UPDATES
DailyNewsUGMarch 28, 2022
1,769 1 minute read
Share
Facebook Twitter LinkedIn Share via Email Print