By DailyNewsUG Correspondent,
Debris of a plane that crashed in the forests of South Kivu in the DRC last week have been found. The private business plane is believed to be the one that was being flown by Ugandan pilot Capt. Jackson Khiira Ninsiima and a Russian colleague, that was reported missing last Thursday.

I present to you Capt. Jackson Khiira. A whole Transall C-160 commander! Super proud of my Ugandan brother. Keep them coming @uppa_aviators 👏🏾 pic.twitter.com/lhbrnc4eMK

According to the Aviation Herald, a Goma Express Let-410, registration 9S-GPK performing a freight flight from Kasese to Goma (DR Congo) with 2 crew, departed Kasese at about 15:00L (13:00Z), however, contact was lost with the aircraft. The aircraft did not arrive in Goma or any other airport in reach.

Then on Nov 4th 2022 an ELT signal was received from the aircraft at position S2.0267 E28.06 about 75nm westsouthwest of Goma. According to Aviation Herald, on Nov 4th 2022 a local pilot operating his aircraft in the vicinity of 9S-GPK reported: “Weather at the time in Gomas TMA was extremely poor in hard IMC with low cloud and rain. … “. 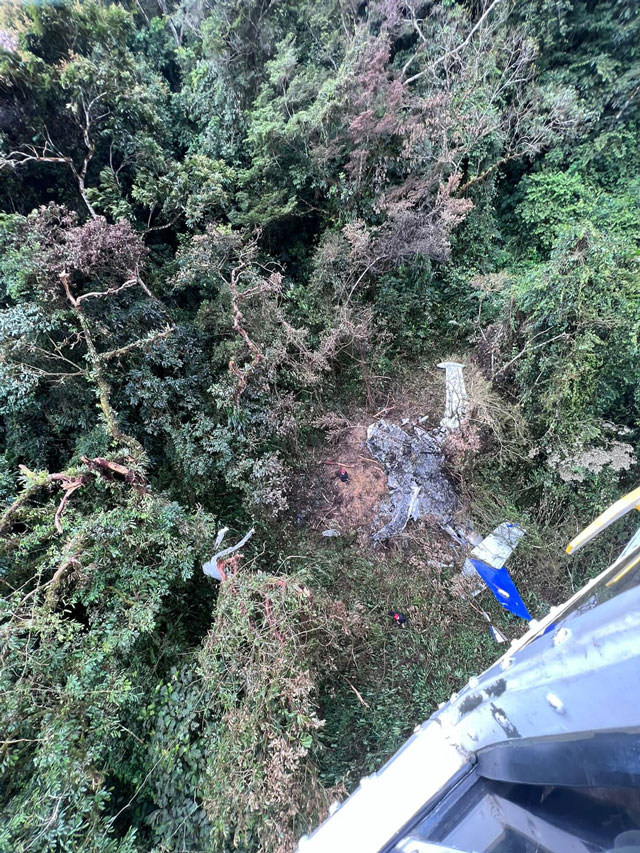 Drone images of the crash site deep in the forests of South Kivu. COURTESY PHOTOS
On Nov 5th 2022 a first photo from the crash site surfaced showing the wreckage in correct colours in the midst of trees (consistent with the sat photos around the ELT position).

The crash in the DRC forests, is the 2nd reported in the East and Central Africa region, in the past week.

The death toll from a Tanzanian plane crash into Lake Victoria on Sunday morning has risen from three to 19.

“The aircraft landed in water short of the runaway about 500 meters before the threshold,” said the statement.

Gulu Woman Arrested over Murder of her Husband