Huddu Hussein has been accused of snatching another Man’s Wife.

This week, the newly appointed Yumbe RDC was introduced by Shamim Namusisi to her parents in a very secret ceremony that was only attended by a handful of the pair’s close friends.

It has however emerged that Shamim Namusisi, a Lord Councillor at KCCA is legally again married to a one Ssewanyana Lameck Ibrahim who contested for councillorship at LC 3 Kampala Central Division and lost.

In a heart trending story, the now scorned man has poured out his heart and revealed the turmoil they have subjected him to.

Ssewanyana is devastated by his lover’s actions and after years of deep intimacy; he still cannot believe how Hon. Councillor Shamim Namusisi could suddenly abandon him so cruelly and get hooked up to another man.

Its reported that Ssewanyana and Shamim have been together since their high school time at Old Kampala SSS. The two even have one child.

In the most recent election campaign Ssewanyana was moving with his wife Shamim as they looked for votes around Kampala.

It was during that time when Ssewanyana introduced Shamim to Hudu because as NRM candidates in Kampala, the pair thought they required extra security. 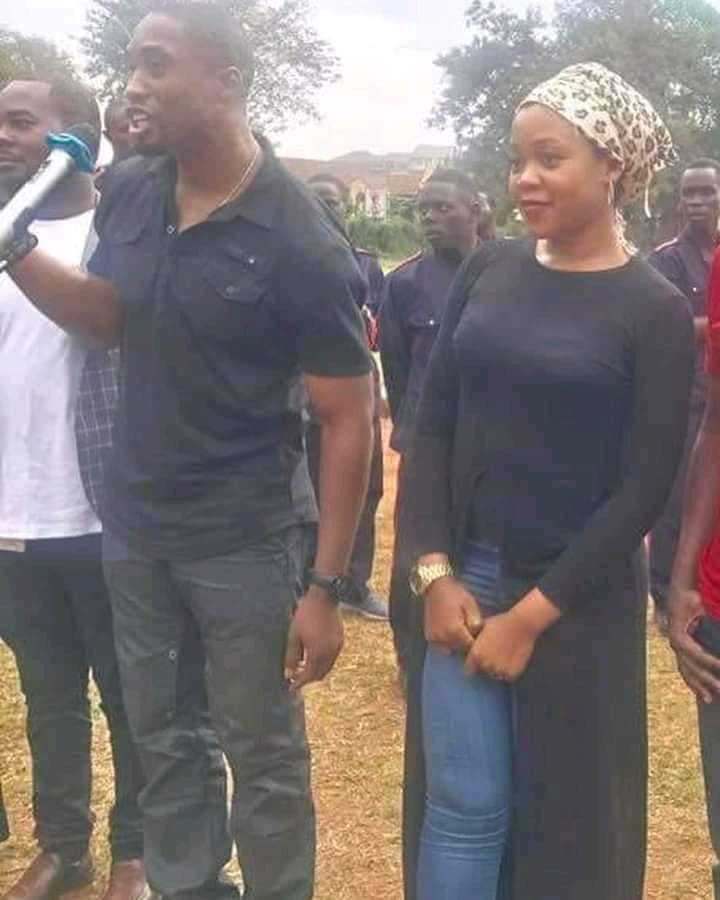 Little did he know that Hudu’s security provision goes beyond outside but it can extend deep beyond what he expected.

The heartbroken Ssewanyana who has been admitted in Friends of China hospital at Naguru where he underwent an arm string operation for the past two weeks only got to know about this development from media.

Uganda: 12 killed daily in road traffic accidents in past month