LAGOS, March 24 (DailyNewsUG) – Nigerian billionaire Aliko Dangote opened a 3-million-tonne fertilizer plant at a cost of $2.5 billion on Tuesday to target African and foreign markets even as the war in Ukraine has driven up prices for natural gas, a key ingredient for making urea.

Dangote said exports from the plant will go to Brazil, which relies heavily on Russia for imports of fertilizer. Shipments will also go to the United States, India and Mexico, he said at the launch.

Fertilizer prices have been rising at a time when planting usually picks up around the world, especially after Russia, the world’s biggest exporter of fertilizer, invaded Ukraine last month. The war has also disrupted shipping.

The plant, commissioned by President Muhammadu Buhari and located at the Lekki Free Zone in Lagos State, is designed to produce 3 million tonnes of urea per year and supply all the major markets in sub-Saharan Africa. 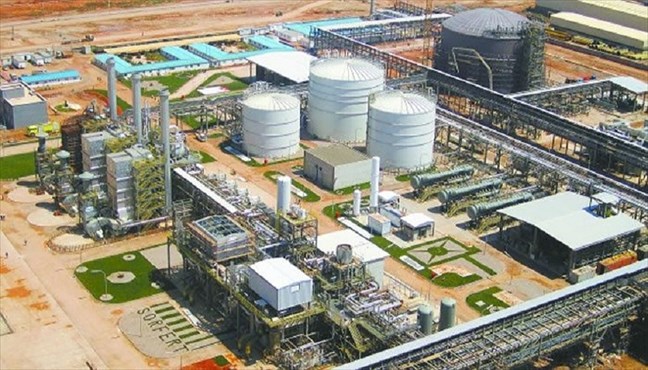 Many in Nigeria hope the Dangote plant will help alleviate chronically low crop yields in Africa’s most populous country, partly due to insufficient access to fertilizer.

Agriculture accounts for 20% of Nigeria’s gross domestic product, with crop production contribution the highest with the farming subsector.

However, low fertilizer production and the high cost of importing fertilisers has reined in seed production. Fertilizer consumption in Nigeria ranks below its African peers.

According to the World Bank, Nigeria consumed around 20 kg of fertiliser per hectare of arable land in 2018, compared with 73 kg in South Africa and 393 kg in China.

The Central Bank of Nigeria has barred the use of its foreign exchange for fertiliser imports as part of a raft of controls aimed at boosting domestic production.

Other producers in Nigeria include Notore (NOTORE.LG), which has the capacity to produce 500,000 metric tonnes per annum of urea, and Singapore-owned Indorama Eleme Petrochemicals Ltd, which plans to double its annual output of urea fertilizer to 2.8 million tonnes.