#DailyNewsUG Zlatan Ibrahimovic was back to his old self on Tuesday, both on and off the pitch.

The evergreen 38-year-old led an unlikely AC Milan comeback against Juventus, helping to turn a two-goal deficit into a 4-2 win.

Milan has enjoyed an impressive resurgence since Serie A returned following the coronavirus postponement and is now second in the form table, behind only Atalanta.

However, its poor form earlier in the season means fifth place and a Europa League spot are the height of its aspirations — but Ibrahimovic believes things would have been different if he had joined the club earlier.

“If I was here from the beginning of the season, we would have won the Scudetto,” he told DAZN after the match.

“I am president, coach and player, but they only pay me as a footballer.

“READ: ‘The duel with Cristiano Ronaldo will be exciting,’ says Zlatan Ibrahimović 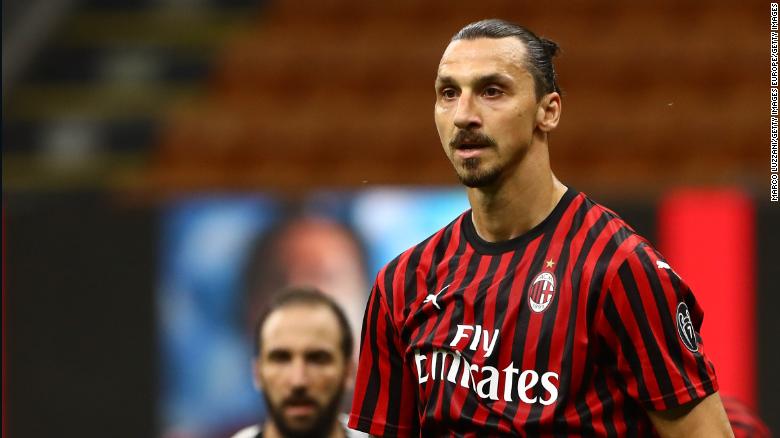 After title challengers Inter Milan and Lazio had both already lost, Juventus had the chance to all but wrap up a ninth consecutive Scudetto.

It looked well on its way after goals from Adrien Rabiot and Cristiano Ronaldo gave ‘The Old Lady’ a commanding lead, but Ibrahimovic’s penalty — awarded after a consultation with VAR — turned the tide.

Franck Kessie, Rafael Leao and Ante Rebic completed the comeback to make it four wins from five since the restart of Italian football.

It was the first time in its history that AC Milan had beaten Juventus after trailing by two goals.Juventus still holds a seven-point lead at the top of Serie A so a complete capitulation seems unlikely, but there is still some discontent among fans with the way Maurizio Sarri’s side is playing, compounded by a stale Italian Cup final defeat on penalties.

“We were in total control and had this blackout. There’s not even much use thinking too much about it, because we have another game in three days.”We had a total blackout for 15 minutes. It has happened to other teams in this period. We have to take the positives from the game, which are that we were in total control for an hour.

“It’s usually not even possible to find the reasons for these inexplicable blackouts. We had some bad performances and quite rightly lost them, but this is not the case now.

In the end, it wasn’t the surprising result that stole the headlines, but rather an unsavory incident that involved midfielder Patric taking a page out of Luis Suarez’s book.

The Spaniard was shown a straight red card for biting Lecce defender Giulio Donati on the arm in stoppage time.

After only a brief consultation with VAR, referee Fabio Maresca promptly gave Patric his marching order.A lengthy ban is likely to be round the corner and Lazio’s dream of a first Serie A title since 2000 is quickly fading.