On Friday, Joseph Mayanja AKA Jose Chamelone picked People Power nomination forms at their head offices in Kamwokya. He seeks to contest for the mayoral seat of Kampala against incumbent Erias Lukwago in the 2021 general elections.

The Baliwa singer said that it is time for the youth to take control of not just their country, but their city as well. “We are going to add more sugar. I have never fought a war and failed to see it to its end. Let us work together,” he said.

Chameleone added that he was inspired by the People Power ideals spearheaded by Robert Kyagulanyi AKA Bobi Wine.

Chameleone claims that he has been screened by the People Power leadership for almost a year and they have realised that he is the best candidate. 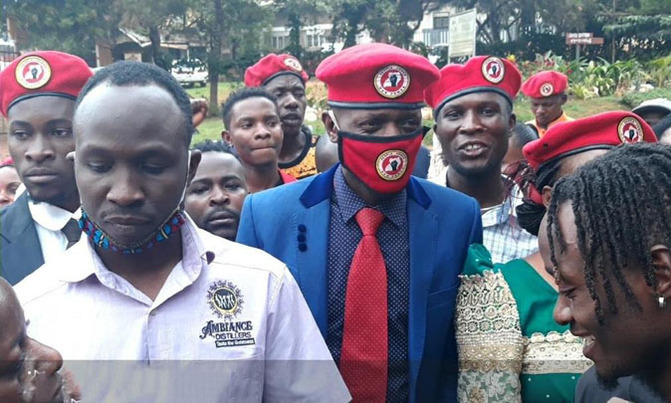 “Bobi Wine encouraged me to enter politics, saying that it was time for us to take on leadership. After serious thought, I decided to be the change I want to see,” he said.

Chameleone claims that he has been screened by the People Power leadership for almost a year and they have realised that he is the best candidate.

The People Power election committee however clarified that picking nomination forms is not confirmation that one will represent the movement in the election.

In July last year, the singer officially joined DP where the party president Norbert Mao appointed him as a national mobiliser.

He was also part of a group of artists who sang in the Tubonga naawe project ahead of the 2016 presidential elections but later made a U-Turn and crossed to the opposition.

Explaining his relationship then with the ruling National Resistance Movement (NRM), Chameleone told a DP congregation, during his unveiling ceremony, that his family had always been DP members, including his grandparents. He said joining DP felt as natural as coming home.