According to the Minister for Kampala, Betty Amongi, Kampala Capital City Authority (KCCA) wants bodabodas and taxis barred from resuming operations in Kampala for another 28 and 42 days, respectively, when the national lockdown is lifted.

In a bid to decongest traffic flow, the Government is to overhaul the operation of taxis and bodabodas in Kampala and introduce scheduled bus services in the central business district.

According to the Minister for Kampala, Betty Amongi, Kampala Capital City Authority (KCCA) wants bodabodas and taxis barred from resuming operations in Kampala for another 28 and 42 days, respectively, when the national lockdown is lifted.

President Yoweri Museveni on Monday extended the lockdown, which includes stopping the use of private and public transport, for another 14 days to curb the spread of the coronavirus. 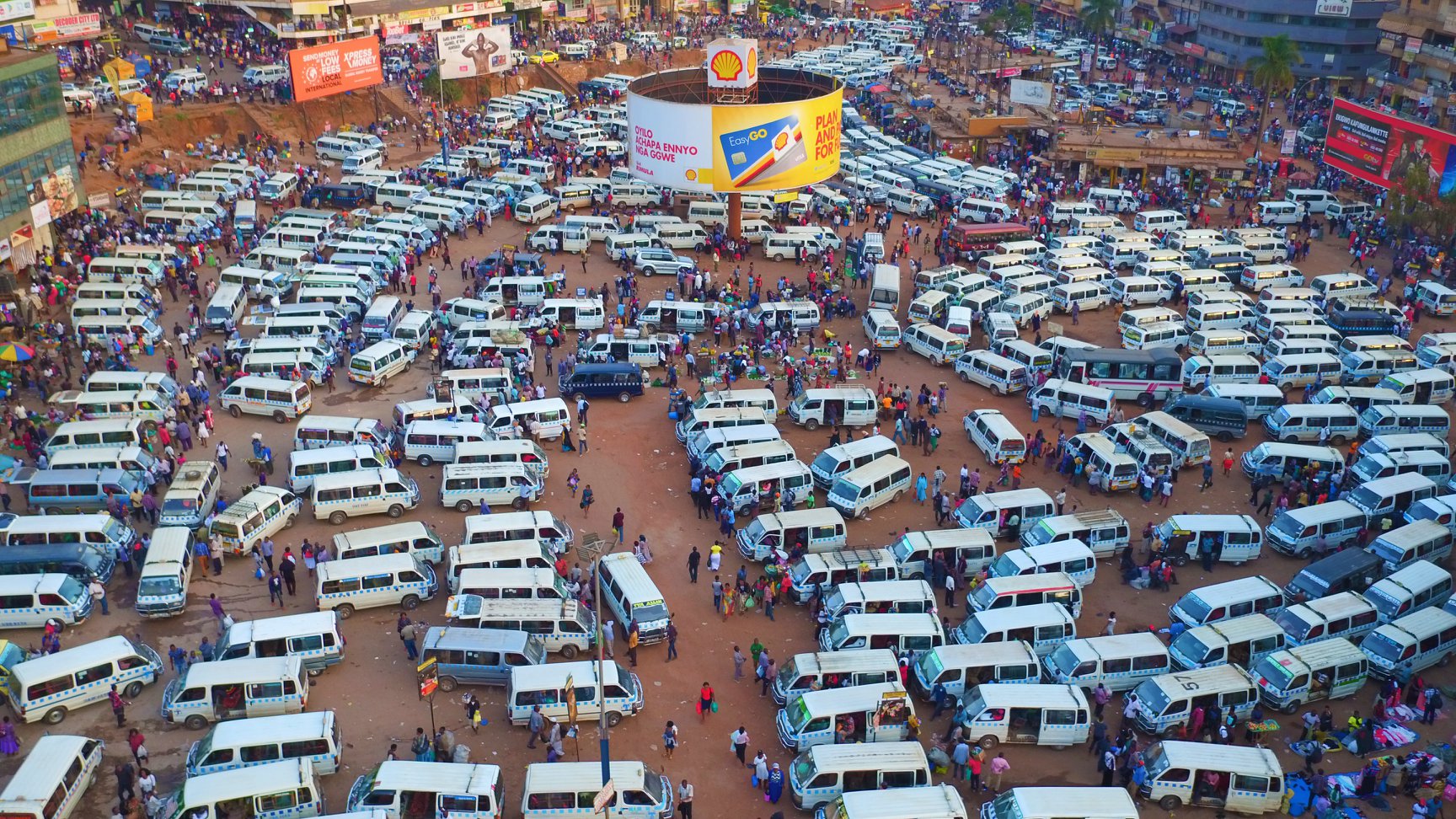 Taxis in a parking lot on Nsibambi Road, Mengo in Rubaga, Kampala division following President Museveni’s directive to stop all public transport for another 14 days as a measure to curb the spread of the coronavirus

Stopping taxis, bodabodas
Amongi, in a litany of documents to the Lord Mayor, Elias Lukwago, proposed that in the post-COVID-19, taxis and bodabodas should be locked out of the city to allow authorities streamline public transport in Kampala.
She said if the proposals are approved by Cabinet, taxis will be locked out for another 42 days, when the lockdown is lifted, to kick-start a process that will only allow public service vehicles that have been registered with the Transport Licensing Board, have paid all KCCA fees and other government dues and meet all requirements and specifications to operate in the city under strict enforcement.
“After the official lockdown, public transport vehicles will only be permitted to move to works ministry inspection facilities if they want to operate in the city.
‘‘The same will apply to potential drivers who shall be properly vetted by the stage leadership they are attached to. Those that will attempt to breach the procedure will be fined,” Amongi said in documents seen by New Vision.
According to Amongi, the proposals will be presented to President Museveni and Cabinet for approval. For the bodabodas, Amongi said for the first 28 days after the lockdown has been lifted, they should register with accountable digital companies to operate in the city.
“We shall issue a statutory instrument that shall streamline and regulate operations of commercial motorcycles in the city, approve bodaboda stages and also gazette them as such. We shall also introduce the operation of a bodaboda-free zone in the central business district and support the establishment and training of more accountable associations in the industry, such as Taxify, SafeBoda, and Uber,” Amongi said.

She further explained that the works ministry will specify the types of vehicles to operate specific routes, adding that this exercise will be reviewed annually for each route before the commencement of route licensing.

On Tuesday, Amongi, together with finance minister Matia  Kasaija, presented a $12m (sh40b) loan request to the Parliament’s committee on the national economy.
The loan is supposed to operationalise a city bus project.
The $12m loan is part of a bigger loan amounting to $275m (sh900b) for the Kampala City Roads Rehabilitation project.
Amongi explained that the project will involve rehabilitation of major roads in the city, procurement of equipment for road maintenance, signalisation of junctions, pedestrian walkways and introduce scheduled bus services.
She said the sh40b for the bus services is a small component of the sh900b project that is meant to have a dedicated bus lane plying a 15km corridor from the Constitutional Square-Jinja Road-Nakawa junction to Ntinda, then Bukoto to Kamwokya, Mulago to Wandegeya and back to the Constitutional Square.
“We have an ambitious plan to reorganise the city during this lockdown window, where we shall even have a bodaboda-free zone and route numbers, where some will be exclusive for KCCA,” Amongi said.
She revealed that the proposed KCCA bus services is not in any way related to the Tondeka Bus project that was underway by the time the lockdown was imposed.
Amongi explained that Tondeka is a private initiative intended to ply long routes in the Kampala metropolitan area. The two – KCCA bus service and Tondeka — will complement each other in solving public transport challenges.
“A zone will be dedicated to buses in the CBD, which will be a no-go zone for bodabodas and taxis. KCCA will manage the system and we are about to start the renovation of the Old Taxi Park, where a modern bus terminal will be constructed to accommodate buses and taxis on one part. The Old Taxi Park is now gazetted as a bus terminal,” Amongi said.
Speaking to journalists over the proposals, the Lord Mayor, Erias Lukwago, said the KCCA council leadership will not endorse the project because “they want to chase away bodabodas and taxis.”
“The process should be consultative and all stakeholders should be brought on board,” Lukwago argued.
He told journalists that although transport management in Kampala needs improvement, the Government should be considerate to the people.
“You can’t just wish away the people, we shall try to engage because over 8,000 riders are on the verge of losing a source of livelihood,” Lukwago added.
However, Amongi said as part of her consultation process, she wrote to Lukwago, but the KCCA council could not deliberate on the matter due to the lockdown.
“We still expect a written input from KCCA. However, the law gives us the mandate to operate on behalf of the central government. Therefore, once Cabinet approves the proposal, we shall go ahead and the council will supervise the implementation,” Amongi explained.
The KCCA Executive Director, Eng. Andrew Kitaka, noted: “The bus project is a pilot study that will be managed by a private entity. We want to interest the current transport operators to shift from a disorganised service to one that is streamlined.”
What other players say
The chairperson of the Drivers and Conductors Central Association, Mustapha Mayambala, said although streamlining of transport is welcome, it should not suffocate taxi operators.
“We had a plan to roll out a Kommute application that can be used as a ride-share App platform that allows for booking, payment, and safe travel to various destinations using taxis, which means we are committed to organising the industry.
‘‘However, if you say the Old Taxi Park is to be turned into a bus terminal, it means you have effectively chased us out, which is unfair. We shall challenge it because we have a right to engage in business,” Mayambalasaid.
According to Kampala minister Betty Amongi, taxis will not lose out on business because they will have a designated route.
“The town is expanding and all these are viable routes because the CDB is just a starting point for taxis, so let us organise the city,” he argued.
The KCCA secretary for works, Kennedy Okello, said the Government’s proposals are more of directives, but the process should be brought back to the KCCA for review.
#DailyNewsUG UPDATES